“Do what you love and the money will follow,” is Mario Lozanov’s motto.  He is putting this adage to the test with the creation and marketing of his gelato under the name City Gelato.  His long term goal is to go national and have City Gelato in stores across the United States.

Mario, an organic chemist turned culinary businessman, currently sells his gelato from three mobile stands and in local stores.  He opened his mobile gelato carts in the summer of 2014, appearing at festivals and parks around East Baton Rouge Parish.  City Gelato is now currently available at Calandro’s and Calvin’s grocery stores, Anthony’s Deli and Maxwell’s Market with more stores scheduled for distribution.

Mario came to the United States from Bulgaria in 1996 to pursue his Doctoral degree in organic chemistry.  He chose Wayne State University in Detroit to study for his doctorate.  He says, “I received an offer to study chemistry at LSU.  I turned them down; I did not want to live in the south because it was so hot there.  Now, ten years later here I am, it is fate.”

Mario moved to Baton Rouge in 2004 to join Albemarle as an organic chemist.   After moving to Baton Rouge, he became interested in gelato through his friendship with the founder and co-owner of Bacio di Roma Italian Café on Chimes street.  When the Café closed, Mario considered buying it but realized that it would have involved a substantial time commitment and that the overhead was too high as well.

When Mario was downsized from Albemarle in 2012, he reconsidered opening a gelato shop of his own.  Finding a space and renovating it for food production would have been too costly; so in 2013, he applied to the LSU AgCenter Food Incubator to assist in developing his gelato for the market.  His plan was to start slow with the mobile carts, then go wholesale in stores.  He has met each of these goals.

To develop the process and make the gelato, he needed access to a commercial kitchen.  Mario began working in the commercial kitchen at the LSU AgCenter Food Incubator in December, 2013; the AgCenter leases time and space to small food businesses and provides assistance in taking a product from an idea to the creation of a commercial food.   The food scientists provide the expertise in perfecting the product and the business people help in completing the paperwork and permits needed to become a legal culinary business.

When he started selling his own creation, City Gelato, Mario was located at Red Stick Farmers Market in downtown Baton Rouge. He had been going to the market since he moved here 11 years ago, shopping and enjoying the booths.  He considers the market a home to him and his product and purchases locally grown fruits and ingredients from the market, when possible, for his gelato.  Currently, one of his three stands can be found at the Main Library on Goodwood.

Although gelato is the Italian word for ice cream, Gelato can be made with milk, cream, various sugars, fresh fruit, vegetables, etc.  It is generally lower in calories, fat and sugar than ice cream, (lower not free).  Mario began experimenting with various flavors and developing new ones.  He has the traditional flavors, such as chocolate, strawberry and vanilla, and plans to add birthday cake as a staple.  He is developing other local flavors, such as sweet potato and a purple and gold LSU flavor with blueberries and mango. 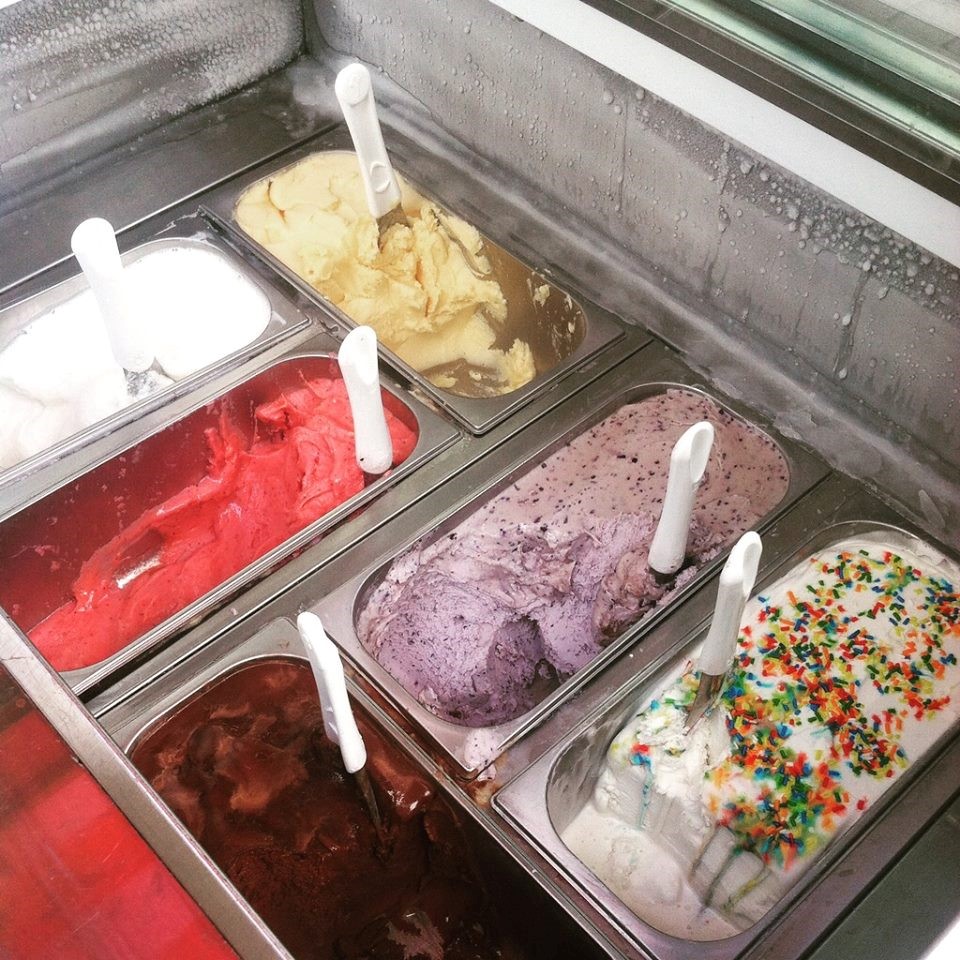 When asked about his change in career direction, Mario says, “The first four or five years working for a corporation were great, and then it seemed to stalemate.  There were no challenges; it was no longer fun.  I started thinking of operating a food truck; I looked into bringing lobster from Maine to sell here.”

Mario approaches the food market as a chemist, creating new flavors using the structure of the molecule, looking for a taste bridge between the main ingredient in his gelato, such as fruit, etc. and secondary flavors such as cinnamon or chocolate.

When I create a new flavor, I go through a process; I study things, what goes well together.   People request a flavor and I try to see if it is possible, I look into making it.  You need a molecular bridge between the fruit and spices; you can pair unusual items if you know the molecular structure of each.

Selling frozen treats from his three carts is hard work for Lozanov and his team of college students, especially during the fall and spring festival seasons.

“I like selling the gelato from the mobile stands, having the direct contact with people.  I see people stopping for a cup, it is a stress reliever, and they stop a minute from their busy schedule and relax.”

“It’s not rocket science …,” Mario said, “I just want to have a better impact on quality of life.”