Man’s last mission to the moon was Apollo 17. The spacecraft launched on December 7th, 1972; all astronauts returned safely to Earth on December 19th. You can travel along with them at Apollo 17 in Real-Time, where all 300 hours of audio, 22 hours of video, and 4200 photographs have been released to the public.

Start off with the beginning of the launch, or join in wherever the playback is now. The interface looks like this: 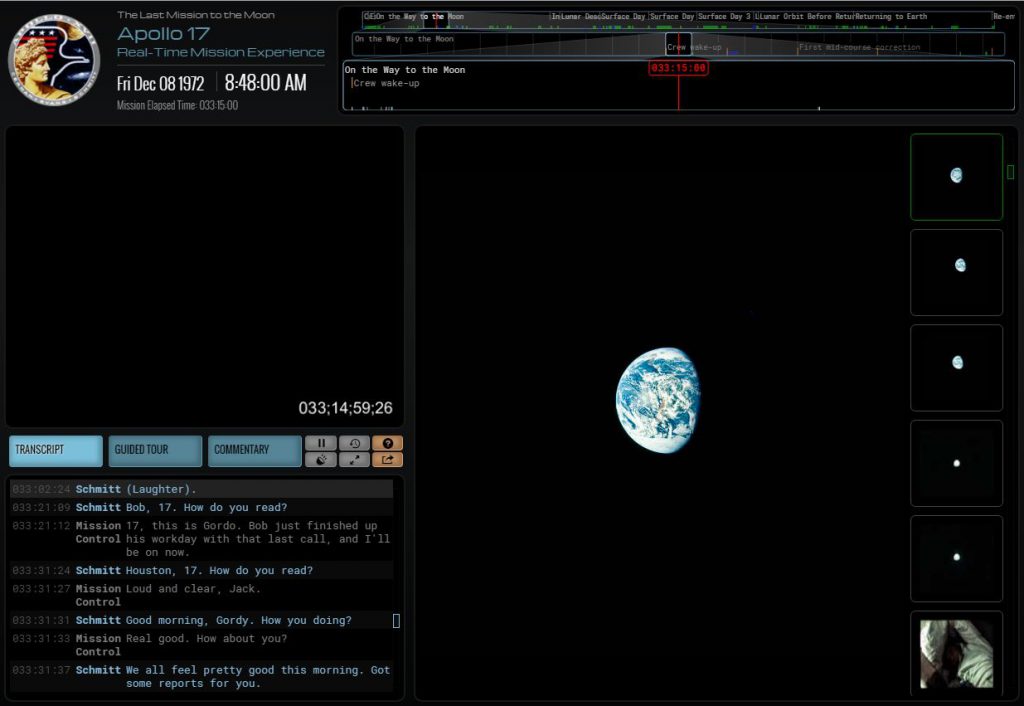 The squares on the far right are images and videos that match the timestamps of the sound recording that’s playing, but you can click or scroll through as you like. You can follow along with the transcript, take a guided tour of the site and of the events, or read commentary on the mission.

This site is an amazing resource for anyone who’s ever looked up at the stars and wondered what it’s like to go to them. If space is what fuels your imagination, head to the library to check out items like these: