We’re so thrilled to announce the winners of the 2019 Indie Author Project! This project was a collaborative effort with library systems across Louisiana, and we’re proud to have done our part to promote it to all of our library users. Both winners are available through our indie ebook platform Biblioboard. Read on to find out more! 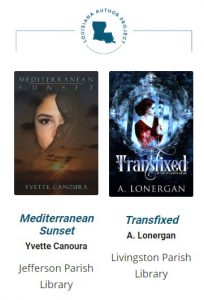 When Fatima was growing up in the affluent neighborhood of Kalorama in Washington D.C., she never imagined that her father, an ambassador, would force her into an arranged marriage that would take her across the world. After graduating from college, Fatima is thrust into the bed of a ruthless military man with revenge on his mind. Away from family and friends in a foreign country, she gradually accepts her fate… until an encounter with a handsome doctor ignites feelings and desires that jeopardize her life as she is torn between a cruel husband and a forbidden liaison. Her choices will uncover secrets that will unravel a chain of events that will change her life forever.

YA Winner – Transfixed by A. Lonergan

Freya had always wanted an escape from her life. When her senior trip to New Orleans goes haywire, she finds her escape. Witches, fairies, and other realms await her in her new life. But so does a self centered man-child with lavender eyes and a smile that might break her.

Sterling has always had everything handed to him, never told no. When he meets Freya, the spitfire red head, he is in for a challenging surprise. Things find a way of turning his world upside down, and he pushes her until she’s gone. With destruction and chaos threatening his city, will he be able to get her back? 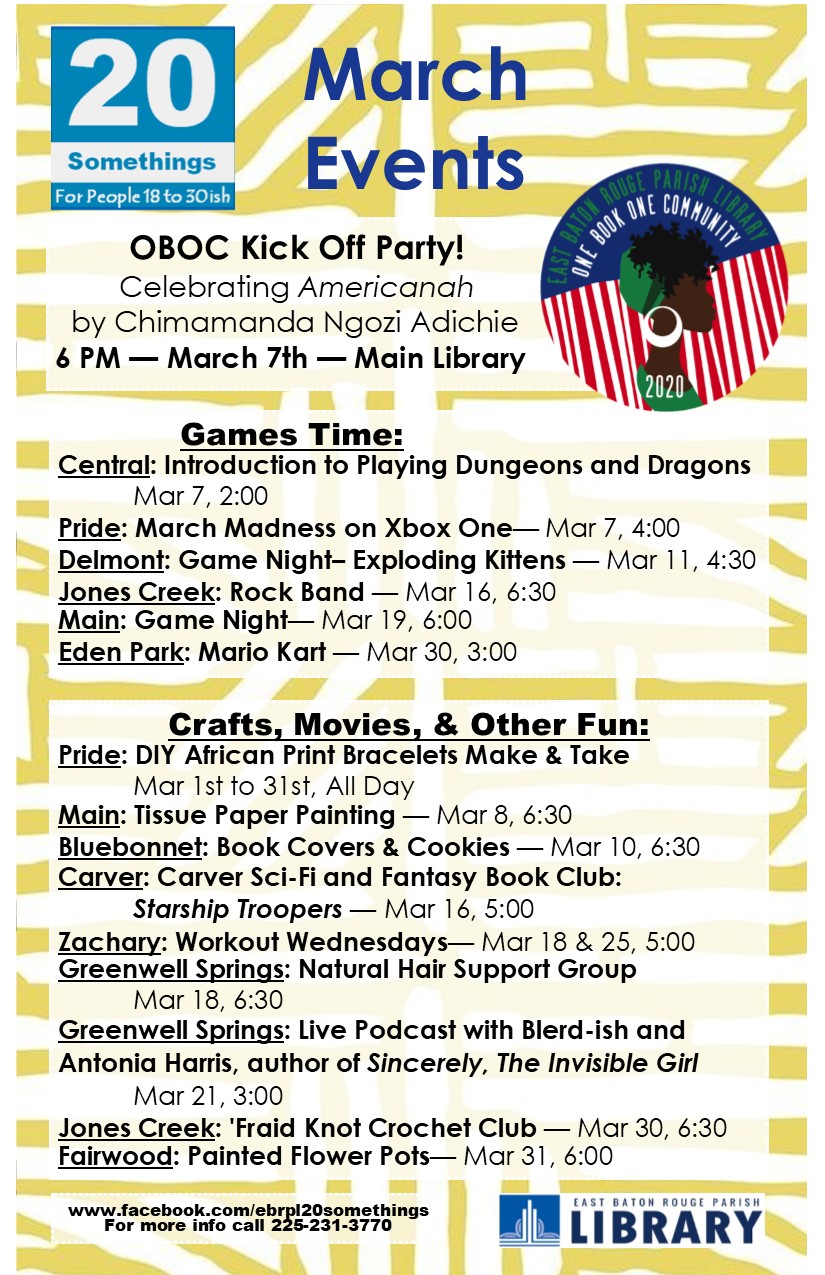 Come join us at the library for all kinds of DIY projects, book celebrations, board games, and more! You’ll have a grand old time, and you might get to take home something new. 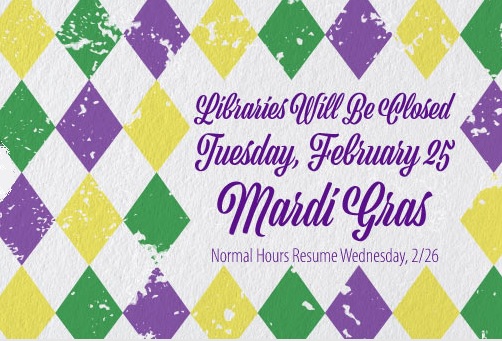 We’ve got a parade to go to – but we’ll be back Wednesday! The Digital Library is always open, if you want to stake out your spot on the parade route early and you need something to read while you wait for the floats to roll by.

The Krewe of Tucumcari was founded in 1947 when Frank Marks, L. A. Champange, and their wives took a trip on Route 66 out west to New Mexico. While there they heard an Apache legend of ill-fated love.  The story goes that Chief Wautonomah had a beautiful daughter named Kari for whom he wished to find a suitable husband.  Two suitors stepped forward; one named Tonopah and the other named Tocom.  To determine who was to marry Kari, the two warriors were to fight to the death.  Unbeknownst to Chief Wautonomah, Kari and Tocom were in love.  As the battle ensued, Kari watched hidden.  The two young men fought fiercely and in the end Tonopah plunged a knife into Tocom’s heart, killing him instantly.  In her grief, Kari ran onto the battle field, grabbed the knife and killed herself with it.  Shocked at the turn of events, Chief Wautonomah, in his grief picked up the knife and also killed himself.  As he died he cried “Tocom-Kari”.

This all-male krewe is the oldest continuously operating krewe in Baton Rouge.  They do not parade, but host an annual ball featuring an elaborate tableau.  Each ball has a theme that changes every year and the tableau is based on this theme.

On display on the second floor of the Main Library at Goodwood, just outside of the Special Collections department is a set of three costumes from the Krewe of Tucumcari: 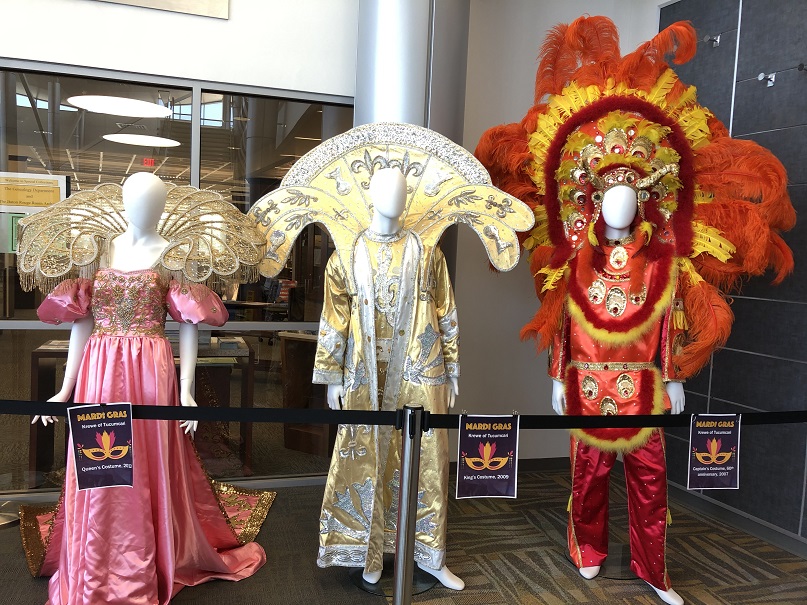 The large orange costume was worn by Ball Captain Chester Welch in 2007. This was the Krewe’s Diamond Jubilee, celebrating the 60th anniversary of its founding.  The costume represents Chief Wautonomah, the head of the Apache tribe that gave the krewe it’s name.  Featuring bright red, orange and yellow tunic, trousers and breech cloth decorated with bead work, the costume was designed by Susan Denoux and crafted by the krewe’s long time seamstress, Madge Gomez who passed away in 2011. The ensemble is topped with an impressive head dress measuring nearly 3 feet high.

The center costume on display is 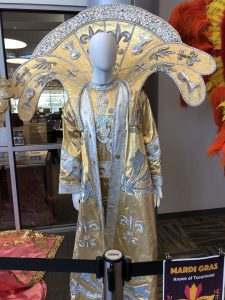 from 2009.  The theme of the ball this year was “Dance Dance Dance”.  Chester Welch served as “The King of Swing”.  This costume was also crafted by Madge Gomez.  The ensemble consists of a long sleeve tunic embellished with a treble clef on the front.  Topped with a gold lame sleeveless tunic and a large collar, both pieces are adorned with musical notes and fleur-de-lis.  When it was worn the ensemble was paired with tall gold boots and a custom-made gold scepter and crown, both featuring a fleur-de-lis design. 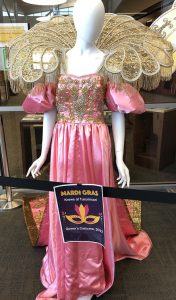 The third costume on display is from 2012.  The theme that year was “Tribute to Broadway”.  Emma Dozier was Queen Tucumcari LXV and took her bow as Anna Leonowens from the King and I. The cotton candy colored ball gown, designed by Masquerade Costumes of New Orleans, was based on a dress worn by Deborah Kerr in the 1956 film adaptation of the play.  The peau-de-soie antebellum ball gown which was slightly modified to have a less full skirt for easier motion and featured a matching train embellished with the “K of T” initials. The ensemble was finished with a Medici collar of gold lace and a scepter and crown with a classic filigree pattern of silver and Swarovski crystals (not pictured).

This display will be available through the end of February 2020. 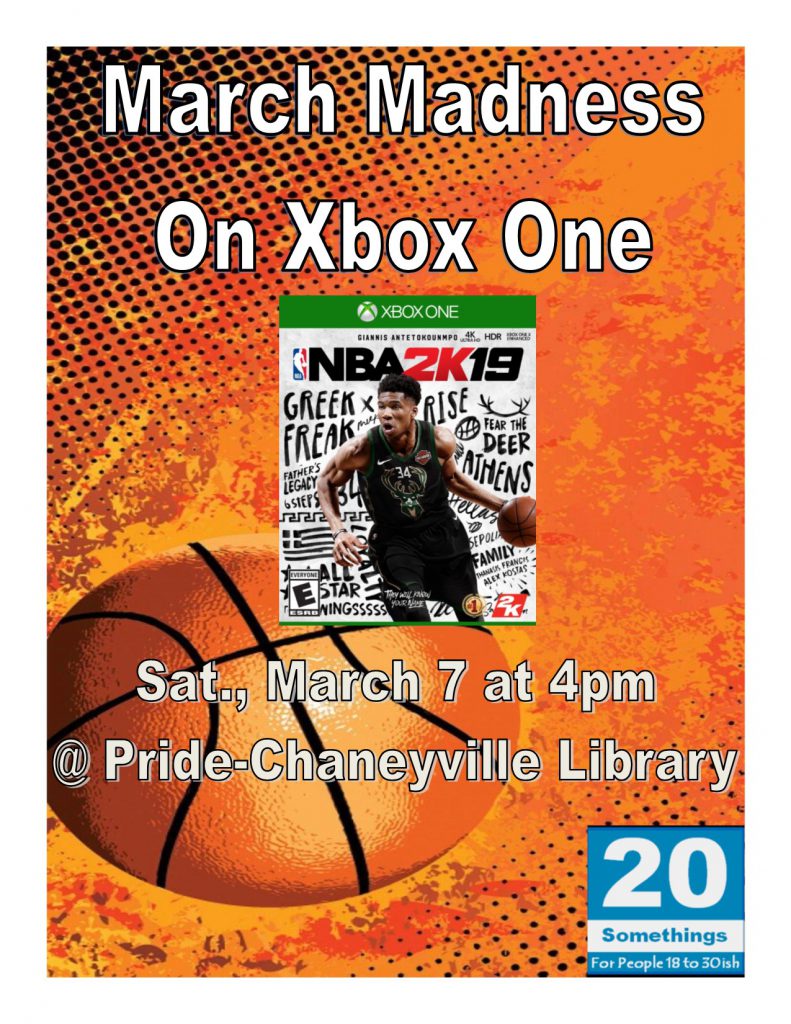 Early childhood development is so important. Here are some great resources your child can learn from while they play games, watch videos, and more – all of them are free with your library card, and they all look great on a tablet or smartphone, as well as on a computer screen.

Miss Humblebee’s Academy – your kiddos can take interactive lessons in everything from social studies to music, and you can track their progress with weekly reports emailed directly to you. The site can even remind you to make regular check-ins on soft skills needed for kindergarten. What better way to prep your children for school than by letting them play with your iPad? They’re going to do it anyway – sneak in some learning!

PebbleGo and PebbleGo Next – With lessons that read themselves, you can encourage your kid’s love of dinosaurs, animals, science, social studies, or famous historical figures by setting them up on PebbleGo. Each category offers facts in a variety of categories that they can even use in school reports. The citations and an article version of the fact in question are included right in the app. PebbleGo Next is great for older kids or more advanced learners!

ABDO Zoom – Looking for more sources for your child’s first report? Check out ABDO Zoom, an interactive encyclopedia for beginning readers. Kids can navigate on their own with simple image-and-text pairings.

On Saturday, Febraury 22nd, at the Main Libary on Goodwood, join us at 10 AM to learn how to spice up your resume. Lynnette Lee of the Career Center will lead a workshop on how to write a great resume.

Does your kid love to play on your iPad? Show them TumbleBooks and get them reading while they stay connected to the internet! With over 250 animated, talking picture books, some of which even come in other languages, your child will love both reading and interacting with technology (and you can, too). 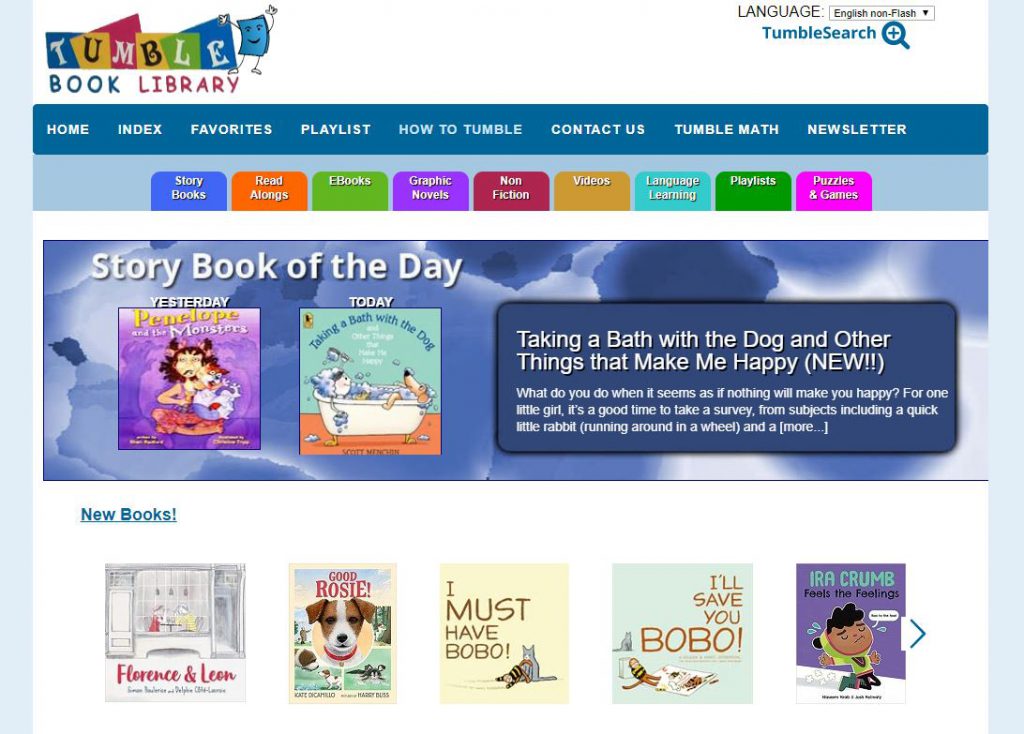 There are no downloads required – you just need to go to the library’s website, click on “Kids,” and click on “Tumblebooks” to get started reading. They’ve even got educational games, graphic novels, and more!

Tumblebooks is free with your library card.

Come to the Main Library on Goodwood and learn all about State and City/Parish job openings and how to apply for them.

On Wednesday, February 19th, at 10:30AM, a representative from the Louisiana Department of Civil Service will discuss the positions the State will be hiring for, the career paths the different State Agencies offer, and how to apply for them.

A representative of The Recruitment and Examination Division, City of Baton Rouge/Parish of EBR will discuss the different career options City/Parish Government offers, openings they are seeking to fill, and application procedures.

Please note that this is an informational seminar, not a job fair. Registration is required. Please call (225) 231-3733 or register online here. 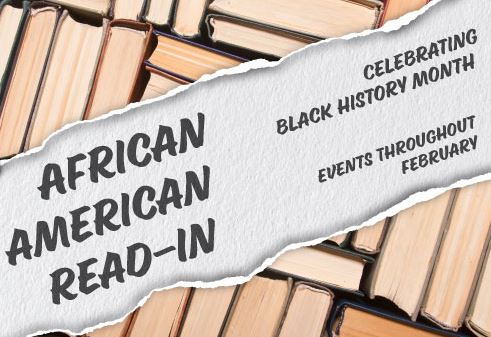 Each year during the month of February, schools, churches, libraries, bookstores, community and professional organizations and interested citizens of all races and ethnic backgrounds are urged to make literacy a significant part of Black History Month by hosting an African-American Read-In. Everyone is invited to the Library to enjoy and/or participate in several FREE programs to celebrate this annual event! To find out more about the national program, visit www.ncte.org, and then select the ‘Get Involved’ tab. Registration is required for all. To register, call the Library branch location where the event is taking place.