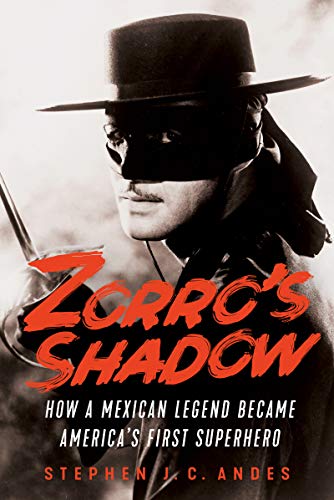 Join the Library online at 6 p.m. Tuesday, September 22, for the virtual presentation, The Mark of Douglas Fairbanks: How Hollywood’s First Power Couple Took Zorro from the Pulp Pages to the Silver Screen in 1920. Just visit Facebook.com/EBRPL to participate.

Douglas Fairbanks and Mary Pickford were Hollywood royalty in 1920, but they were also at a turning point in their lives and in their careers. Both had divorced their previous spouses so they could marry one another—a bold move that was quite a scandal in 1920. Fairbanks was known for modern romantic pictures. Why did he choose to make a film about a masked hero from Old California in 1920?

In this presentation, Stephen Andes of the LSU Department of History shares a behind-the-scenes look at how and why the making of The Mark of Zorro was significant for the creation of action and adventure films, as well as how the film established Zorro as America’s first superhero. A question-and-answer period will follow the presentation, as well as details on getting a copy of Andes’ new book, Zorro’s Shadow: How a Mexican Legend Became America’s First Superhero (Chicago Review Press, 2020).