Years ago, when Tere and James Hyfield would talk about their dream of opening a bookshop in Baton Rouge, people told them it was a bad idea. James told me, “We went to a couple of SCORE meetings, and they’d say, ‘Bookstore, huh? Yeah, don’t do it!’ Retail’s a bad idea, and a bookstore is the worst of retail–”

“But there’s a lot of what we’ve done that makes no sense,” interjected Tere, “and we know that. And I think that’s why it’s kind of working.”

And the Hyfield’s bookshop – Red Stick Reads – is working. After being a fixture of the Mid City Makers’ Market (“even though we’re not makers, exactly,” says Tere) until COVID-19 shut that down, they were approached to begin renting the Market’s old location after it moved to the Electric Depot last year. Even though the space is small, especially for a bookshop, where the conventional wisdom ties profit to square footage, James knew a book-seller’s secret from working in Barnes and Noble’s receiving dock: “[book stores] have this enormous building, with so much pride in how much they carry – you can walk in and find any book you’re looking for – but the reality of the finances is, people are only buying 100 books” at any one time, mostly pulled from best-seller lists, book clubs (think Oprah’s or Reese Witherspoon’s), and gift sets.

James and Tere knew they couldn’t compete with the big stores on inventory breadth, so they pivoted to depth. James says, “I only sell books that I either want to read, or already have read, so I can speak to what I know.” Since they’re not trying to be everyone’s bookshop (“You’re going to know very early on whether we’re the bookstore for you or not,” Tere said), they’re able to be a better bookshop for their customers, many of whom are starting to be repeats. Tere told me about one customer who loves Dolly Parton, so if she sees any Parton books in her search for new inventory, she grabs them. The repeat customers help define the store’s inventory as well – and that all lends to the neighborhood bookstore feel that James remembers from his childhood in Baton Rouge.

He told me, “There used to be this place, Elliot’s, where the Coffee Call is now. When I was seven, it was the place to go, and when I was sixteen, it was the place to go. If you were a regular – if the people who worked there knew you well enough – they’d have a stack of books waiting for you when you walked in. My dad used to go there all the time, and Elliot would pull this stack of books from behind the counter and say, ‘Here ya go, these are for you.’ It was the coolest place to go.” James’s goal with Red Stick Reads is to make it that kind of local spot. They’ve just built a community garden space next to the store, and are asking local theatre groups and bands to play in the evenings. Partly, they want to foster the kind of story-telling community that can only exist through reading books. But they also realize that, “for us to survive, we have to be ‘owned’ by a neighborhood” like Mid City.

The Hyfields chose the Mid City neighborhood for their base of operations because the neighborhood “has its mind right” for supporting local businesses. “The kind of people who shops with us,” James said, “are the kind of people who want communities to be walkable. Our landlord – who lives right behind our store, by the way – said he asked us to rent the space because he wanted a neighborhood bookstore. And you don’t get that kind of culture in a lot of Baton Rouge. You have this discrepancy between what people want, and what they’re willing to pay for – and that makes it hard for new businesses to come in and succeed. Our business requries people to spend a littel extra on a luxury product, because a book is not a necessity – except for book readers, they’ll always buy books.” Tere added, “In a lot of ways, we’re a gift shop disguised as a bookshop. For a while in the early days of the pandemic, we were a puzzle shop! But Mid-City – if we were gonna make it anywhere, we’d make it here. The people who live here are invested in their surroundings in ways we haven’t seen in other parts of town, and they’ve been incredibly supportive.”

Even though James and Tere are fairly new entrepreneurs, they had plenty of advice for people looking to start a business. Some of that advice is to scale organically and to be prepared to pivot. Red Stick Reads started as a pop-up shop at the Mid City Market, pivoted to at-home delivery and puzzles (“lots of puzzles!” said Tere) during the lockdown, and only moved into their new space at the beginning of 2021. They’ve built their shelves themselves from salvaged lumber, and haven’t had to get a business loan from a bank. The other piece of advice – and this dovetails with the organic scaling – is that there comes a point where you have to jump in to a new venture with both feet. Tere said, “It’s not just jumping though, like a leap of faith. It’s a matter of doing it while being thoughtful, doing your homework, but then you have to do something. Not start the company” – that’s too big – “but make the phone call, figure out licensing, join an organization, that kind of thing. There’s a lot of yucky work you have to do to start a business. If you’re still excited after those days, keep following that.”

James added, “If you can picture yourself doing that job for years without getting paid – the SBA says to be prepared not to make money for three to five years – if it’s something you enjoy even with that, go for it.”

Tere said, “I can live with a regret. What I can’t live with is the thought: oh, what if we had just tried, that one time when you were between Whole Foods and the other place, imagine if we would’ve jumped – that, I’d never get over.” 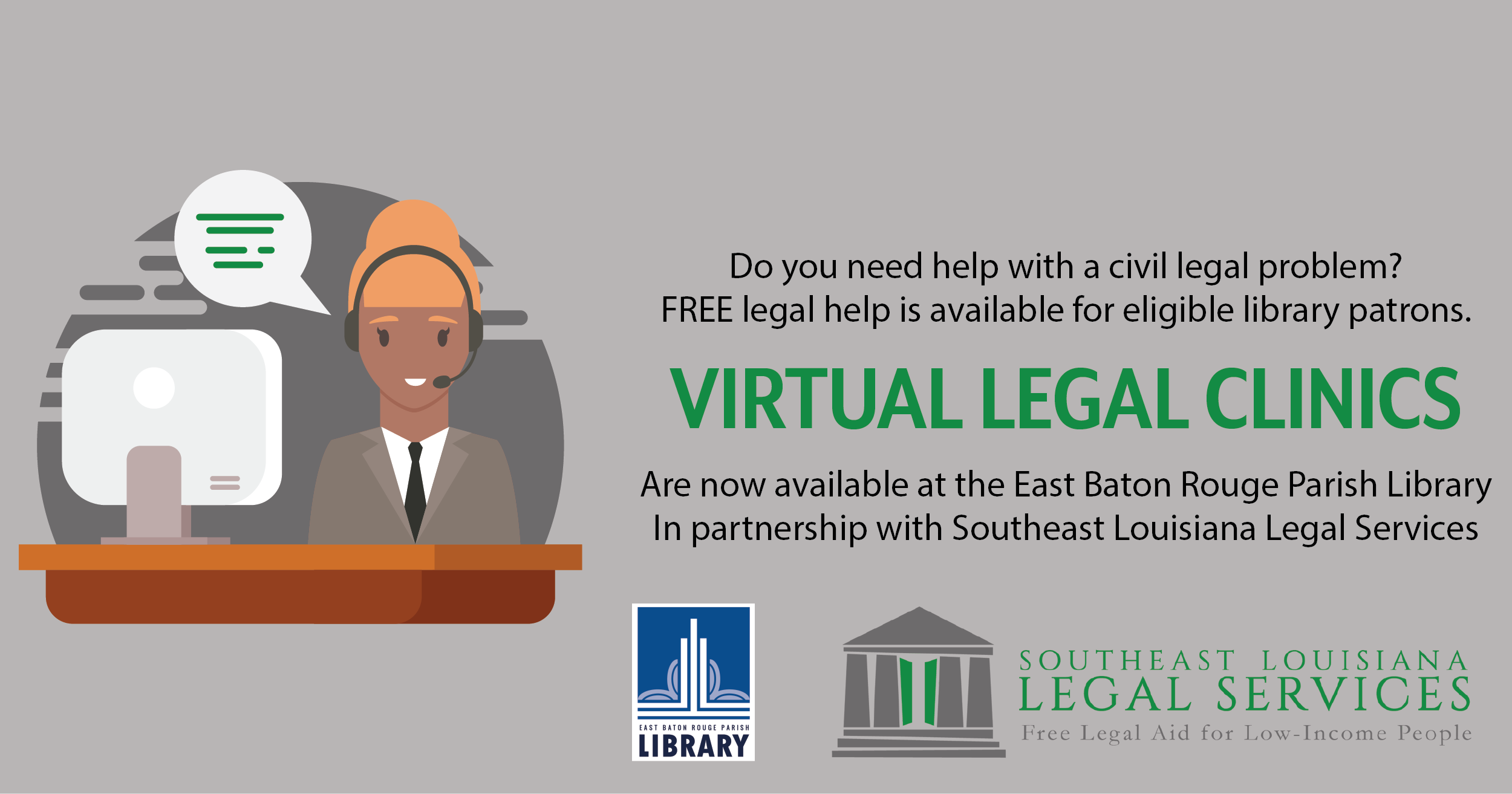 The clinic does not handle personal injury, criminal cases, or malpractice cases.

If you are interested in the legal clinic, fill out the form or call the Library at (225) 231-3750 if you need help completing the form. 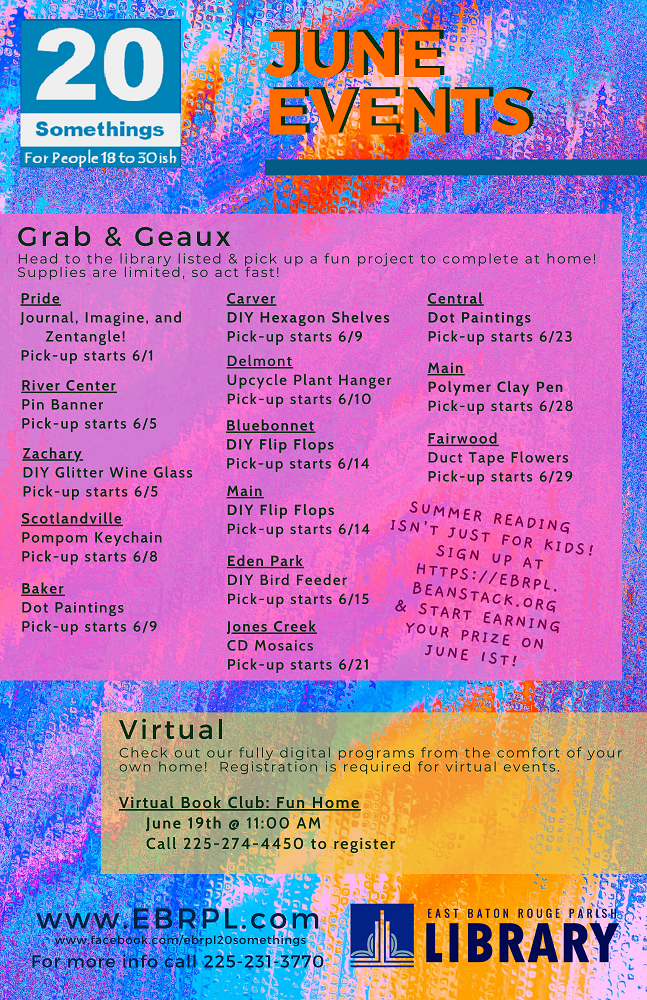 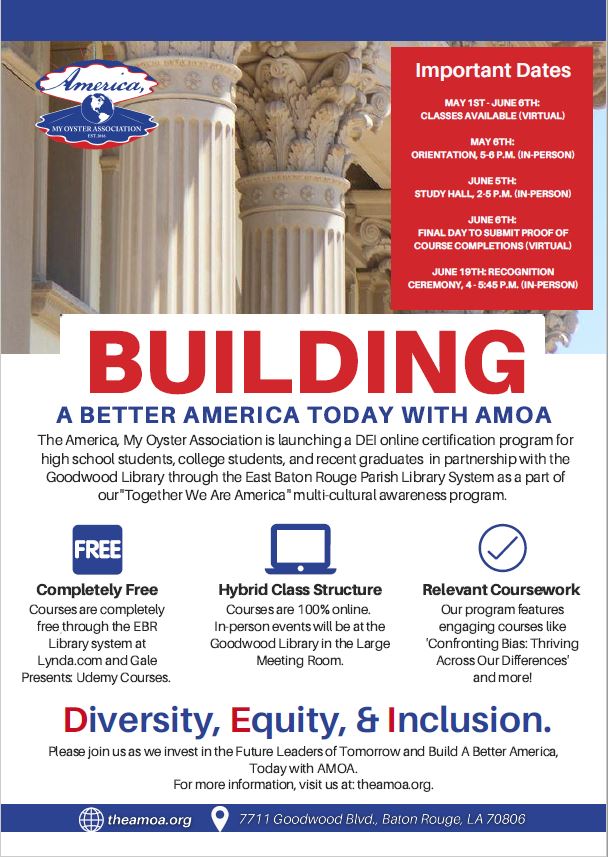 The East Baton Rouge Parish Library has partnered with the America, My Oyster Association to provide a curated list of online courses on diversity, equity, and inclusion. Courses are completely free and 100% accessible online. Current and recently graduated high school and college students are encouraged to participate in this program. On completion, they will be provided with a DEI (Diversity, Equity, and Inclusion) certificate. 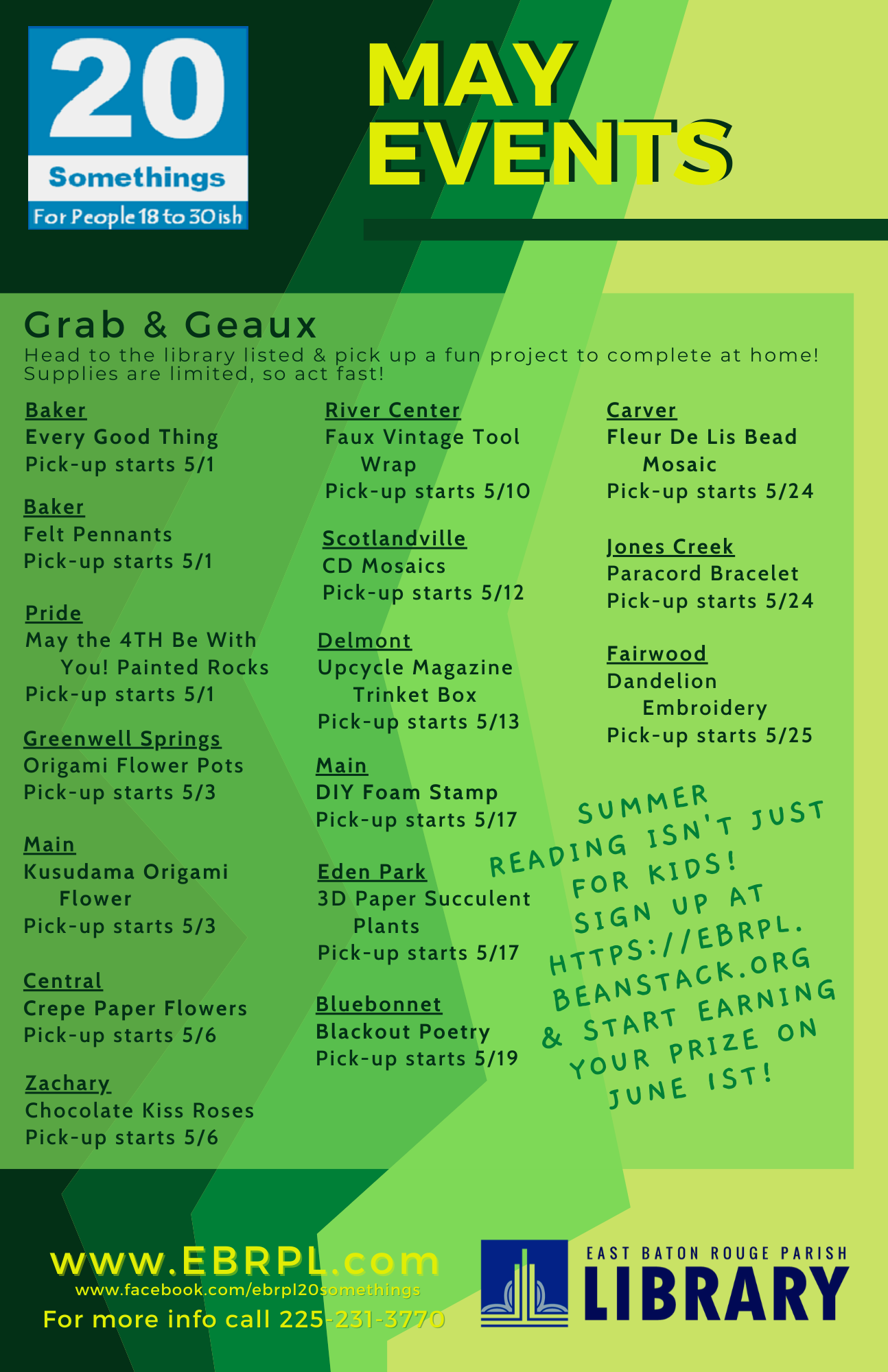 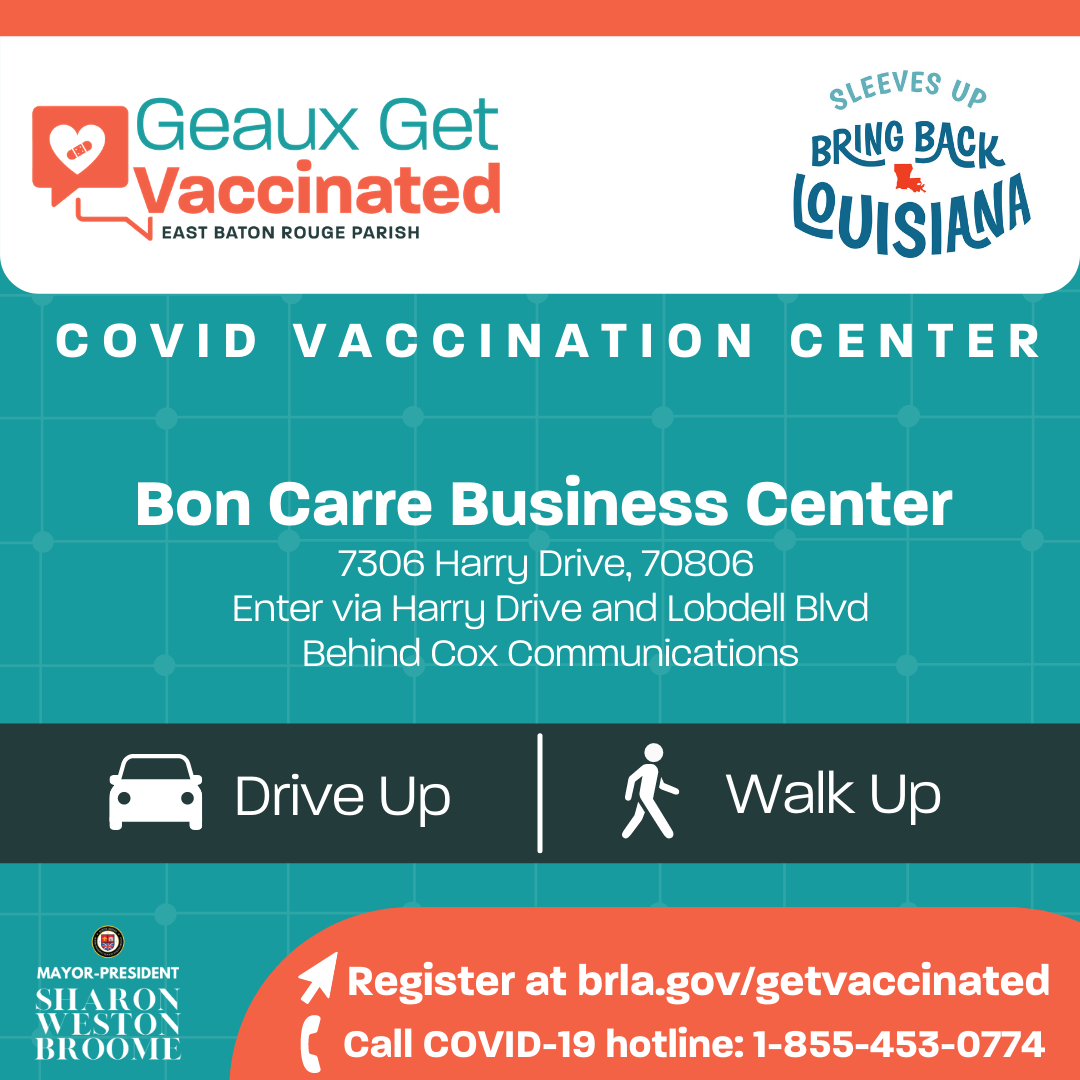 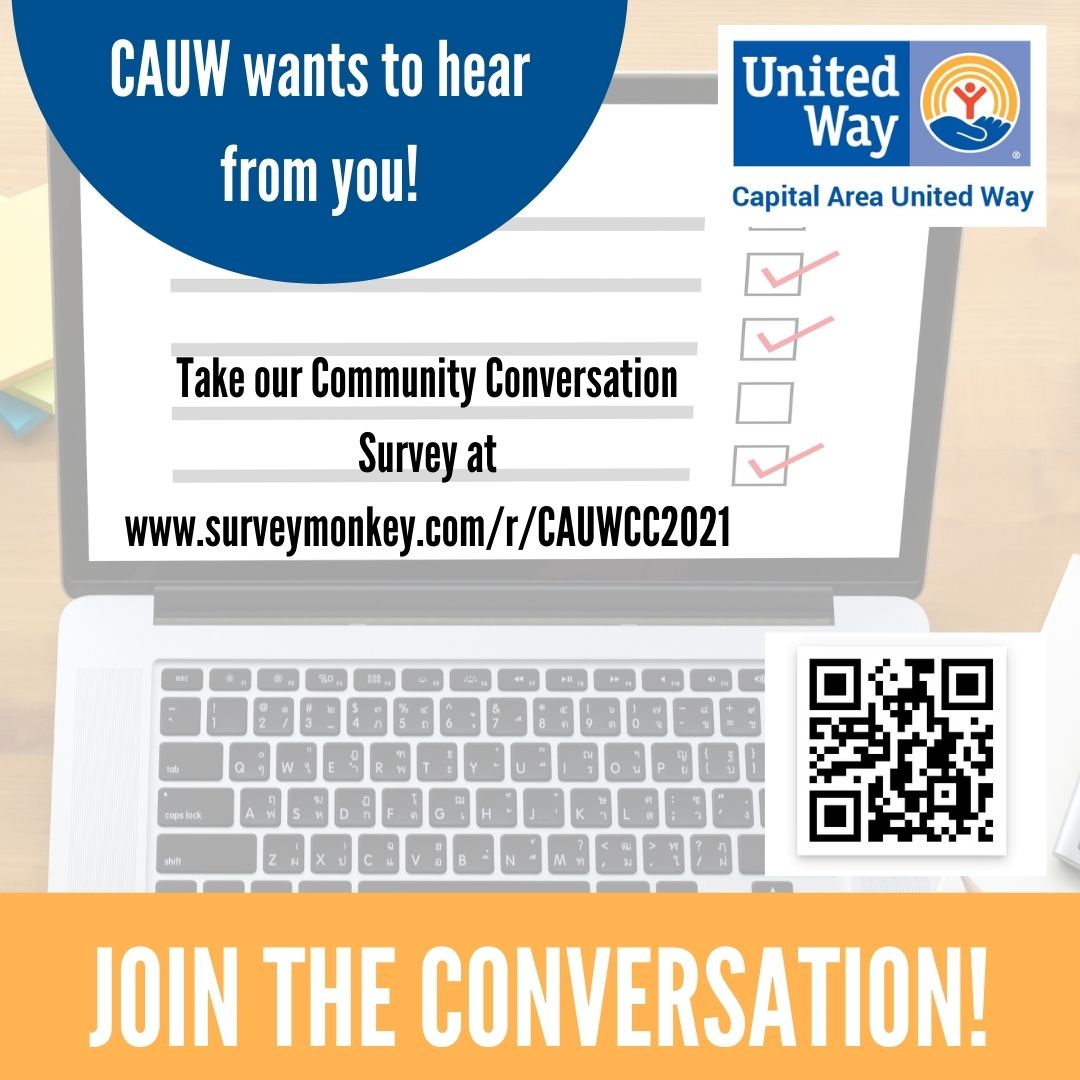 Capital Area United Way’s (CAUW) Community Conversation survey is NOW LIVE! The survey can be accessed at https://www.surveymonkey.com/r/CAUWCC2021 or by scanning the QR code in the graphic.

The purpose of this survey is to hear from citizens in the Capital area about their hopes, dreams and aspirations for the community. CAUW wants to know how we can all work together and address the community’s challenges as we continue to fight for the health, education, income stability and basic needs of their 10-Parish service area.

Your answers to the survey will direct CAUW’s funding priorities and assist them in developing new strategies – after all, where you want the dollars invested is where CAUW will turn its focus.

With the COVID-19 pandemic still ongoing, this survey is more important than ever. Be a part of the conversation! 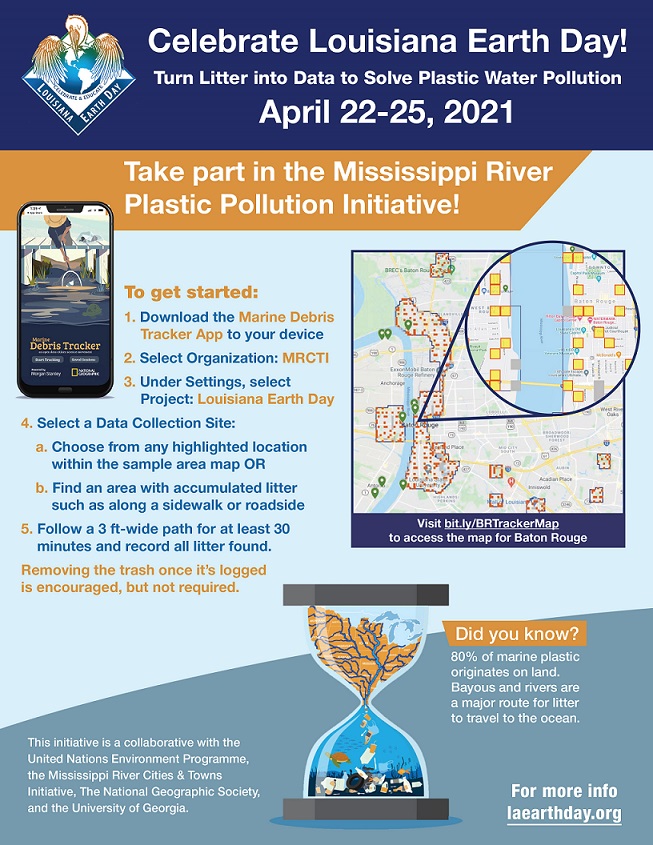 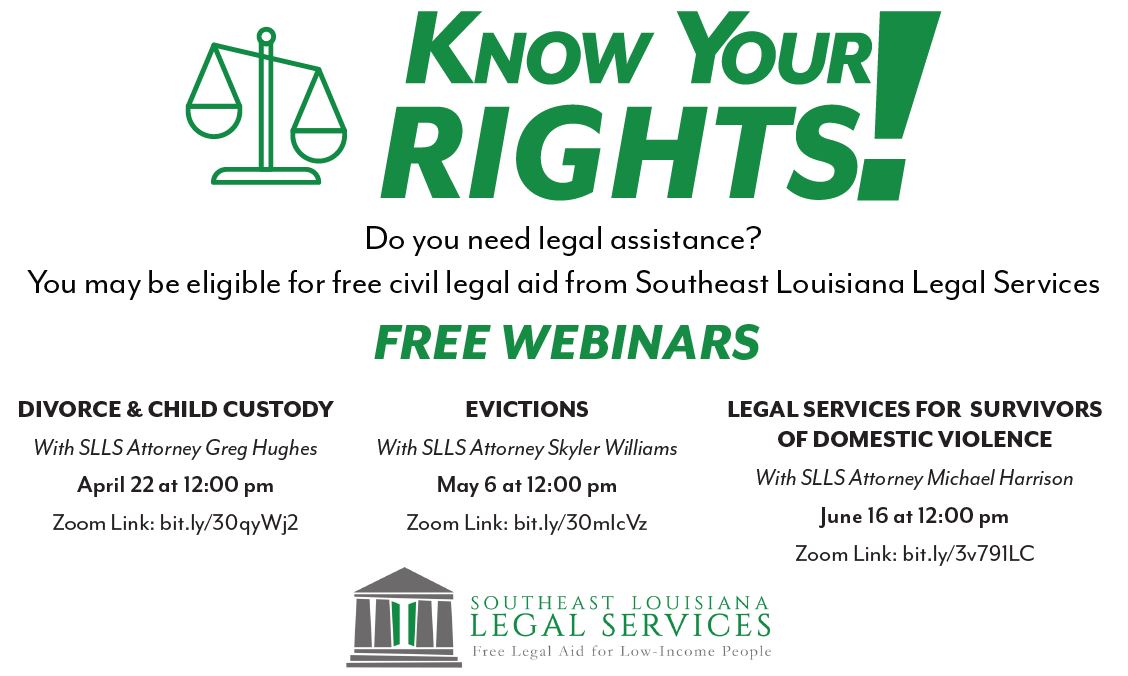 Southeast Louisiana Legal Services will host three free webinars to help you find out if you qualify for free legal assistance and provide you with information on topics like divorce, eviction, and domestic violence. 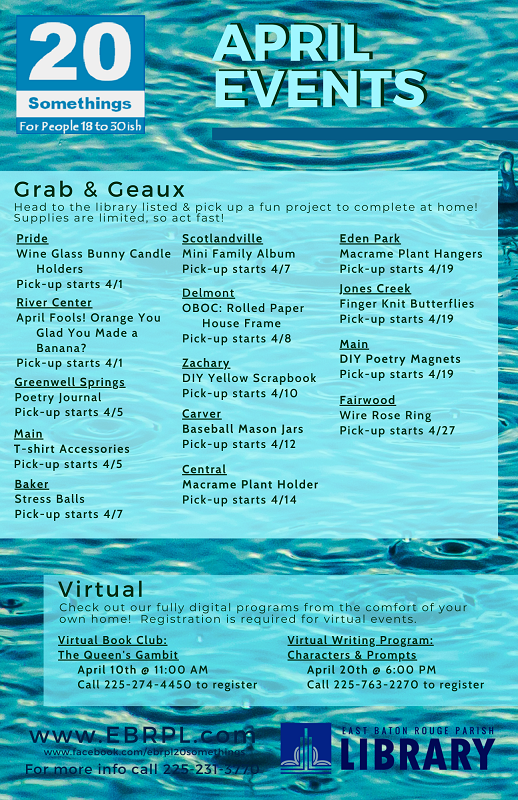 Lots of great grab-and-go activities happening at branches near you and across the parish. Find one that speaks to you and be sure to swing by and pick up your supplies when they become available.